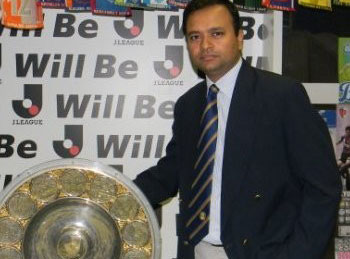 Sunando Dhar has been involved in the Indian sporting fraternity for almost two and half decades and is currently employed with the All India Football Federation (AIFF) as CEO Leagues. Prior to his current assignment, Mr. Dhar worked for 13 years at a sport marketing company in India. It was that professional and market-oriented outlook that he brought into the position when the All India Football Federation were looking to professionalize the leagues in India.

At All India Football Federation (AIFF), Sunando is involved in creating a sustainable club revenue model which would help the professional clubs to become commercially viable in the long run and contribute towards further development of football in India. Also, the focus of AIFF and the Leagues department is to give more emphasis on Grassroots and Youth Development. Keeping that in mind, Sunando has been working closely with all stakeholders to not only get more teams into the Golden Baby League and the various Youth Leagues, but also to progressively increase the number of matches that each player plays in a season across all age groups and gender.