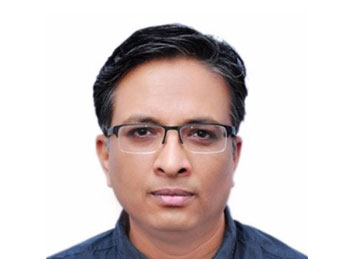 Nitin Ambulkar is an Associate Executive Producer with Star Sports, Asia ‘s leading Sports broadcaster. In his current role, Nitin produces live coverage of Cricket and has an experience of over 18 years in production and programming around sporting events, especially live broadcast coverage of sports. He has covered four editions of Cricket World Cups-started with 2003 as on field producer, looked after Studio programming of the event in 2011 and produced Hindi feed of 2015 and 2019 editions.

Nitin also worked on multi nation sporting tournaments like first ever T20 World Cup (2007, South Africa), three editions of ICC Champions Trophy (2009, 2013 and 2017) and Asia Cup. Prior to cricket events, Nitin has worked on launch campaigns and programming of Mixed Martial Arts and Wrestling leagues like Pride and TNA.

He served as a Producer with teams that covered and conceptualized events like Pepsi T20 football league and worked on the coverage of 2009 Manchester United Premier Cup. In his previous stint at ESPN Star Sports, Nitin worked closely with the marketing and sponsorship teams during launch of various leagues as well as branded sporting event content.