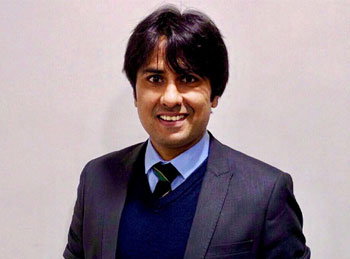 Nikhil Sharma is an Indian author and a sports management professional known for his knowledge about player development, player psychology, league structures and sustainability in sports. Nikhil also writes columns on player development, player-coach relationships and financial sustainability in sports. He is the Founder-CEO of New Delhi-based Sports Management Company, zlait Sports Management that specialises in sports infrastructure, player representation, technical consultancy, marketing and sponsorship and media advisory. He is also an AIFF, AFC and FIFA licensed football coach who has a keen interest in technical data and its usage in sports

He recently co-authored his first book ‘India’s Football Dream’ along with Indian author and political analyst Shantanu Gupta whose previous book, ‘The Monk Who Became Chief Minister’ was a bestseller.

Before founding zlait Sports Management, Sharma served as the COO and later as the CEO at Anglian Management Group, a sports advisory branch of Anglian Omega Group who had interests in the Shillong based I-League side Shillong Lajong F.C. In 2014 during the inception of the Indian Super League, Sharma in his capacity as Director of Shillong Lajong was part of the consortium to bid for the Guwahati-based franchise of the ISL. The consortium successfully won the bid for the franchise which was later named North-East United.

Nikhil started his corporate career with FMCG giants CavinKare before moving on to retail with Essar Mobile. He worked with Network 18 publishing for a period of three years from 2009 to 2012 before moving home to sports.