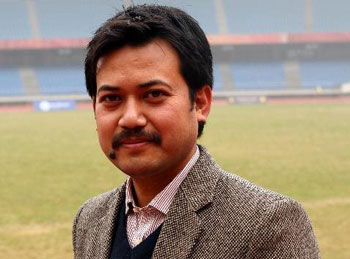 Previously, Kishore served as Chief Operating Officer of the All India Football Federation (AIFF) where he was responsible for preparation and implementation of AIFF’s Strategic Plan. Some of the key initiatives that took place during Kishore’s tenure at AIFF include digital transformation, FIFA U17 World Cup 2017, improvement in Men’s National Team ranking (173 to 97 in 3 years), launch of the Indian Women’s League and U13 & U15 Youth Leagues and Baby Leagues among others.

He played a key role in shaping Delhi Dynamos FC’s first season in the Indian Super League as a technical advisor. He is also the Founding Trustee of the Indian Football Foundation, one of the first NGOs in India to work for the welfare of talented footballers from the economically weaker sections through long term scholarships and technical assistance.

Prior to joining the football industry, Kishore worked as an investment banker with UBS India.